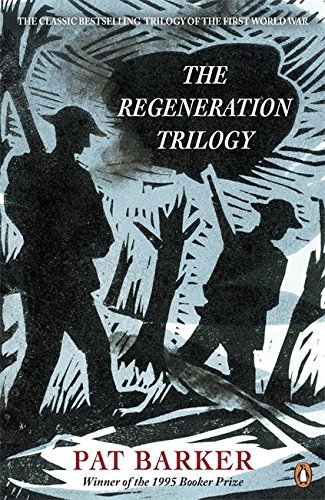 The Regeneration Trilogy is Pat Barker's sweeping masterpiece of British historical fiction. 1917, Scotland. At Craiglockhart War Hospital in Scotland, army psychiatrist William Rivers treats shell-shocked soldiers before sending them back to the front. In his care are poets Siegfried Sassoon and Wilfred Owen, and Billy Prior, who is only able to communicate by means of pencil and paper...Regeneration, The Eye in the Door and The Ghost Road follow the stories of these men until the last months of the war. Widely acclaimed and admired, Pat Barker's Regeneration trilogy paints with moving detail the far-reaching consequences of a conflict which decimated a generation. "Harrowing, original, delicate and unforgettable". (Independent). "A new vision of what the First World War did to human beings, male and female, soldiers and civilians. Constantly surprising and formally superb". (A. S. Byatt, Daily Telegraph). "One of the few real masterpieces of late twentieth-century British fiction". (Jonathan Coe). Pat Barker was born in 1943.Her books include the highly acclaimed Regeneration trilogy, comprising Regeneration (1991); which was made into a film of the same name; The Eye in the Door (1993), which won the Guardian Fiction Prize; and The Ghost Road (1995), which won the Booker Prize, as well as the more recent novels Another World, Border Crossing, Double Vision, Life Class and Toby's Room. She lives in Durham.